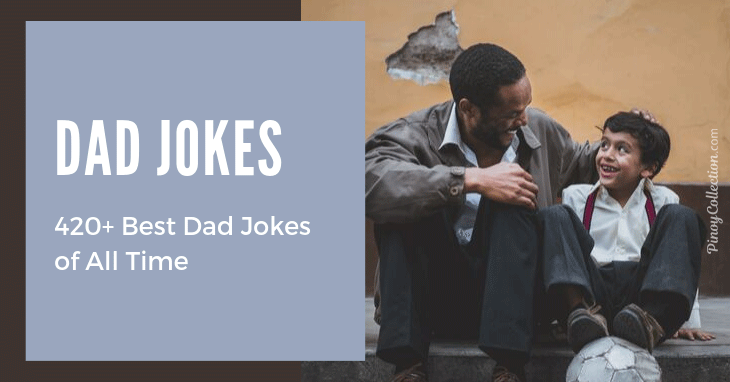 Most often, dad jokes are described as a corny joke and traditionally told by fathers intended to make his children or family laugh.

If you are someone who wants to make your family or friends lol with a simple joke, this ultimate collection of 420+ funniest dad jokes is for you

you are looking for terrible, cheesy, or maybe bad dad jokes, we have it all compiled for you. Enjoy! 🙂